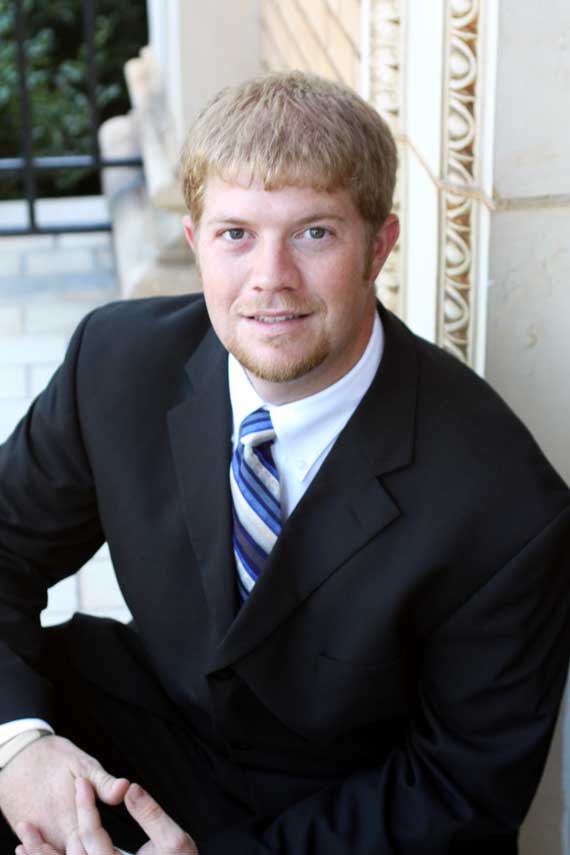 David sings tenor for the group. During the week he works as a furniture manufacturing manager in Americus, GA where he lives with his wife Regan and their two children Isabelle and Daniel.

A: The first group I sang with was Dayspring when we were an acappella group in high school.  I later sang with a group in Jacksonville, Florida called New Gathering.  After that I sang with Once Forgiven which was basically the same group but a different manager.

A: Ever since I was a young lad, I’ve loved to sing.  My mother always used to make up songs when she was getting me up for school.  She was always singing.  I heard it during my entire childhood and it grew into a passion for me.  I strongly believe that God has plans for my singing because he gave me such an incredible desire.

A: Without a doubt, my biggest musical influence is my brother.  He first heard me sing and gave me the confidence to do it in front of people.  He has also helped me improve as a singer and as a Christian.

Q: Other than singing tenor, what are your duties with the group?

Q: What led to your decision to get the group back together?

A: I felt that I was wasting a talent that God had given me.  I also really missed singing with Jason and Mike.

Q: Why Southern Gospel this time?

A: It actually started out as a joke.  I called Mike and Jason to tell them that we should get the old Dayspring back together.  The original plan was to resume as an acappella quartet.  However, after some thought, I decided it would be best to try the southern gospel genre for a few reasons.  Firstly, only three of the former members of Dayspring were interested.  Acappella music requires more voices if you want to deliver a performance that folks will enjoy.  Secondly, I felt that we could reach a much bigger audience and a broader age range with southern gospel.